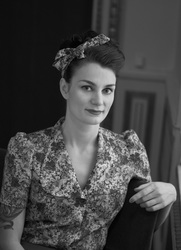 Sandra Klack:
Sandra is one of the founders of Lindy Christmas and have worked hard for the past 8 years to write and produce a show every year that will spread joy and dance inspiration in the spirit of the jazz age. She is also a professional dancer and have toured with many swing dance shows both for adult and for kids.

2011 Sandra wrote and produced her first show " Uppe på farmors vind" and from there and then she knew she wanted more and follow that path. 2012 she and Mattias Lundmark created the first swing dance musical " In the mood for christmas".

She is a restless soul and likes to travel the world to spread the joy of Lindy Hop. Sandra loves old swing clips. She is a bit obsessed with them and has a big collection. Her goal is to study and learn them herself, and then finally teach them or put them in one of her many choreography's.  She has a clear authentic vision and in her work, she aims to keep and hone the style, craziness, energy and feeling of the golden age.
​ 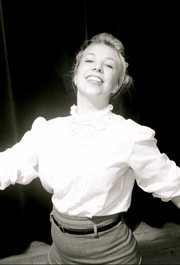 Mikaela Hellsten:
Mikaela was born in Stockholm, Sweden and grew up with a love for music and dancing. She first got in contact with Lindy Hop in the late ninetees and already then she felt extremely at home with the dance. The more she learns about the music and its history, the more she enjoys it and the more she wants to learn.
​
Mikaela has been performing in different settings since around 2005 and especially enjoys the theatrical aspects of dancing. She finds the richness of jazz dancing a great form of expression, on and off stage.
​ 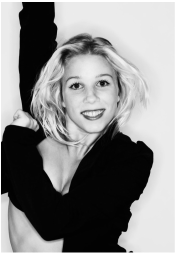 ​Maja Hellsten:
Maja is a trained professional dancer and musical artist. She studied at Balettakademien (Ballet academy) in Stockholm, and have since finishing school worked as a singer and dancer both in Sweden and abroad. At the same time as she built her carrier she also competed, did shows and taught Lindy hop. Now she is a multi talented artist both in the swing community and in showbiz. 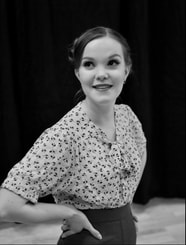 Anna Fors:
Anna is a professional dancer that started in the Swedish competing scene when she was 9 years old. In the Lindy Hop scene, she has won the Swedish Championship twice, not to mention the numerous competitions she has won abroad, such as the ILHC.
Except competing, Anna works as a swing dance instructor and as an artist in many swing dance productions that takes her the worldwide. Anna is a talanted artist and this is her second year in the Lindy Christmas family. 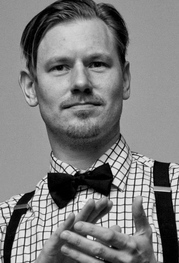 Mattias Lundmark:
Mattias is the second half of Lindy Christmas. Besides that he is both a dancer, a teacher, a choreographer and a producer for other show. He is just as successful as he is versatile and he has been dancing lindy hop since 1991. He choreographed for the comeback of "Singing in the Rain" in Stockholm, with Roine Söderlundh.
Mattias joined The Rhythm Hot Shots, that later became Harlem Hot Shots, in the late 90´s. Until 2007 he performed and taught all over the world with the group.
He master many styles of performing and are a master in everything he takes on. 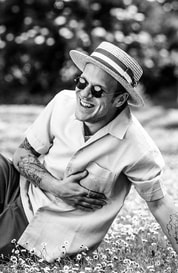 Markus Rosendal:
Markus Rosendal is a professional dance teacher, performer and DJ.
A well regarded specialist in dances from the 1920´s - 1950´s, Markus now teaches Lindy Hop, Boogie Woogie and Authentic Jazz.
Markus started his dance career in 1999 when he was a competition dancer for the Swedish National Team, he continued to compete for the team until 2010. From 2006 alongside competing Markus has been travelling around the globe teaching at various events, from Herräng Dance Camp which is located in the home country of Sweden to Osaka, Japan and everywhere in between.
​ 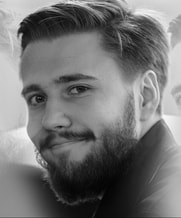 Jakob Bergelin:
Jakob started dancing at the age of 10 and now works as a professional dance instructor, and performer in many shows. Competeing around the globe. Jakob have won many competitions: the Swedish Championship, ILHC and Savoy Cup just to name a few. Jakob dances in the show Dansa mig, that performs in Swedish schools to give a cultural experience to Swedish kids.