Lindy Christmas started as a collaboration in 2012 between Sandra Klack and Mattias Lundmark. Annually, Lindy Christmas creates a swingin’ Christmas musical very much inspired by the swing era. These productions are written and choreographed by Sandra Klack and Mattias Lundmark. A long the years there have been 7 swing musicals and every year dancers from the dance troupe Moose Maniacs are invited to be artists in the show. Lately Lindy Christmas has got new air under their wings and are also producing show that not Christmas themed.

​Over the years the production have grown and nowadays Sandra and Mattias takes help from competent coworkers to create and advertise the show. 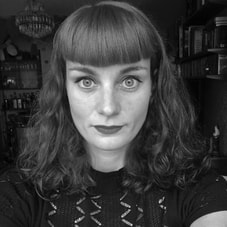 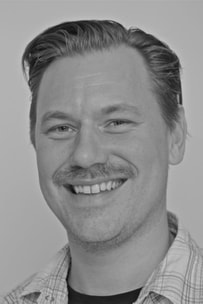 Mattias Lundmark:
Professional dancer since 1999.
Artist, choreographer, producer and teacher of the swing dances
Produced with MandH production: "Danskrysset", "Dansa mig", "En dans på rosor", "A century of dance"
More information www.mandh.se
Assistant choreographer to "Singing in the rain” in Stockholm, winner of Guldmasken for best choreography
Have participated in (apart from the Lindy Christmas and Mandh production shows):  "Wallmans salonger", "Kabaret Lorensberg" , "Rhapsody in Rock", "The Last Bounce", "Allsång på Skansen"
Mattias joined The Rhythm Hot Shots, that later became Harlem Hot Shots, in the late 90´s. Until 2007 he performed and taught all over the world with the group.
Organizer of: Swing Kids at Herräng dance camp and Herräng bootcamp